In the original version, Greedo confronted Han Solo to try to capture him to take him to Jabba the Hutt to collect on a bounty. Han preemptively shot Greedo and exited the cantina with a swagger, leaving the dead and smoking Rodian lying on the table:

Han: “Yes, Greedo, as a matter of fact I was just going to see your boss. Tell Jabba that I’ve got his money.”

Greedo: “It’s too late, you should have paid him when you had the chance. Jabba’s put a price on your head so large every bounty hunter in the galaxy will be looking for you. I’m lucky I found you first.”

Greedo: “If you give it to me, I might forget I found you.”

Greedo: “Jabba’s through with you. He has no time for smugglers who drop their shipments at the first sign of an Imperial cruiser.”

Han: “Even I get boarded sometimes. Do you think I had a choice?”

Greedo: “You can tell that to Jabba. He may only take your ship.”

Greedo: “That’s the idea. I’ve been looking forward to this for a long time.”

In the Special Edition, George Lucas changed the scene so Han didn’t fire until after Greedo had gotten off a shot. Mr. Lucas explained his actions in a recent interview with the Washington Post:

Most Star Wars fans were not pleased with the change, and “Han Shot First” has since become the basis of a number of creative memes. Harrison Ford, Arnold Schwarzenegger, and George Lucas have all gotten involved: 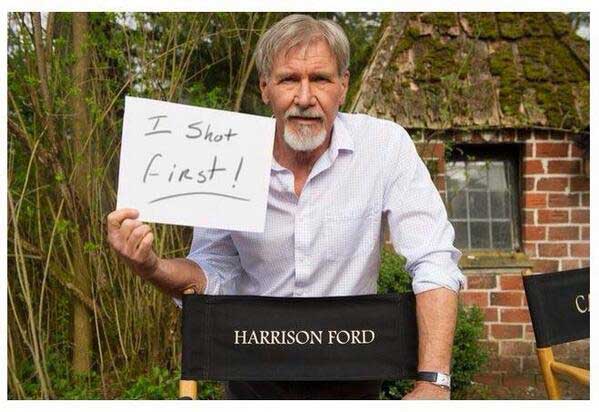 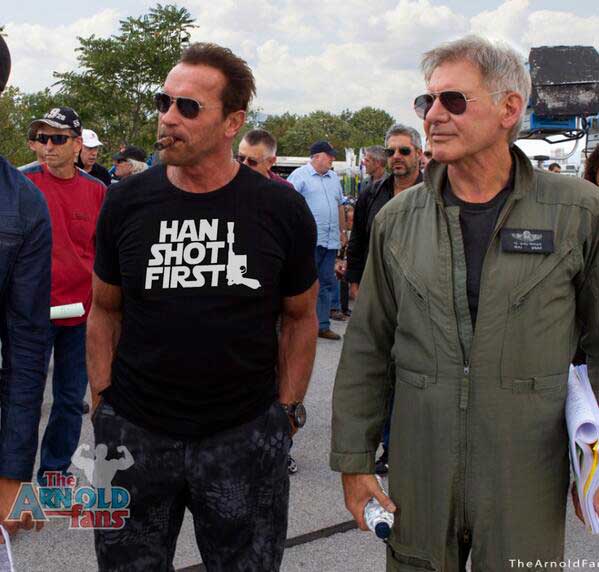 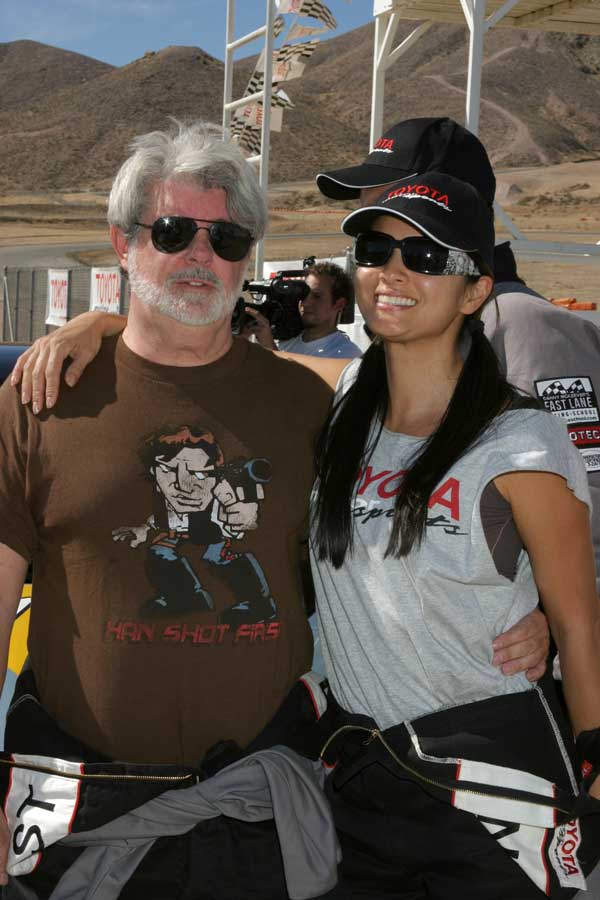 With Star Wars coming out in theaters tonight, we thought it an appropriate time to analyze whether, under the law, Han Solo would be justified in preemptively shooting Greedo.

There are separate rules in criminal law. Self-defense that results in the taking of a life is governed by NRS 200.200:

If a person kills another in self-defense, it must appear that:
1.  The danger was so urgent and pressing that, in order to save the person’s own life, or to prevent the person from receiving great bodily harm, the killing of the other was absolutely necessary; and
2.  The person killed was the assailant, or that the slayer had really, and in good faith, endeavored to decline any further struggle before the mortal blow was given.

Some states require a person in danger to try to retreat before using deadly force in self defense, but that is not the law in Nevada:

a person, who is not the original aggressor, has no duty to retreat before using deadly force, if a reasonable person in the position of the non-aggressor would believe that his assailant is about to kill him or cause him serious bodily harm.

Although Han Solo was in a different city (Mos Eisley) on a different planet (Tatooine) in a different galaxy a long time ago, and therefore subject to different laws, if he were arrested for murder and tried under the laws of Nevada, his actions would be justified only if the urgency of the danger made killing Greedo absolutely necessary to prevent Han’s serious bodily injury or death.

We don’t really know much about Greedo’s past, so we don’t know how likely he was to really kill Han, but based on the dialogue, Greedo had no compunctions about using Han’s “dead body” to collect the bounty. These threats are especially alarming when spoken with a blaster pointed at Han Solo’s head.

Although we have to infer Greedo’s intent from his actions and words, we know that Jabba had no intention of keeping Han alive. When Boba Fett turned Han over to Jabba, the Hutt left him frozen in carbonite for an indeterminate amount of time (but long enough for Lando to infiltrate Jabba’s palace).

Then the same day a disguised Leia freed Han from the carbonite, Jabba loaded Han on his sail barge and took him to the Great Pit of Carkoon where Jabba tried to feed him to the mighty Sarlacc, where, according to C-3PO as he translated Jabba’s pronouncement, “In its belly, you will find a new definition of pain and suffering as you are slowly digested over a…thousand years.”

Han shot first, and in Nevada anyway, he would probably be justified in doing so.

Dec 30, 2018
What to Expect in Your Nevada Personal Injury Case During a Trial

While most personal injury lawsuits in Nevada and across the country are generally settled before the parties see the inside of a courtroom, a small percentage of these disputes end up in a full blown trial.

It is important not only to understand what insider trading is and how to make sure you are not engaging in it, but also to be aware of the reasons why it is illegal.

Jul 15, 2018
Go to Trial or Settle the Case? Pros and Cons for Nevada Personal Injury Victims

While the majority of the public’s concept of a lawsuit is the climax of a jury trial, many cases, including Nevada personal injury cases, never see the inside of a courtroom.

Jun 19, 2018
The Nevada Pregnant Workers Fairness Act: What Changed and Why it Matters

Jun 1, 2018
Accessing Nevada Public Court Records: How do I Find My Case Online?

Nevada’s Constitution states that judicial power shall be vested in a court system composed of a supreme court, district courts, and justices of the peace.

May 27, 2018
When can Doctors Refuse to Release Your Medical Records?

Under the federal Health Information Portability & Accountability Act (HIPPA), patients have a right to obtain copies of medical records from any healthcare provider.

Below are some weird laws that are still on Nevada’s books today.

When Plaintiffs Are to Blame: Nevada’s Comparative Negligence Statute

The Cost of Probate and the Cost of Estate Planning