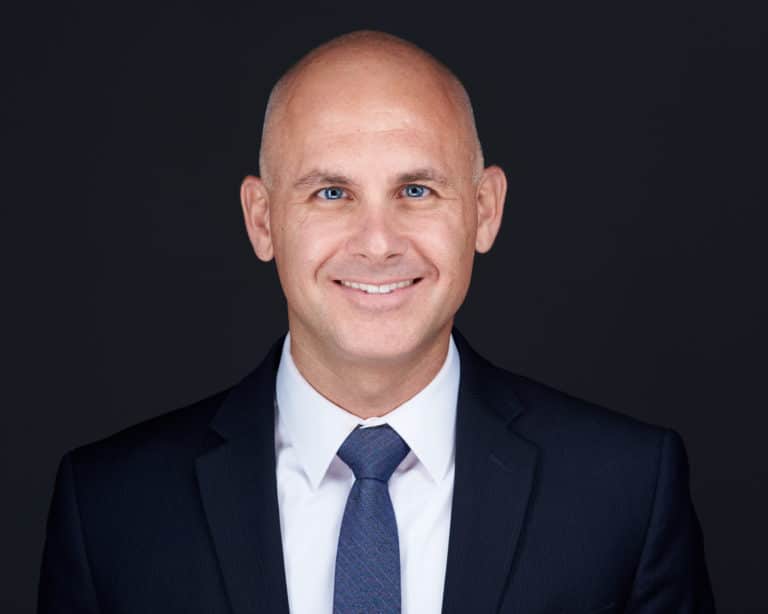 “Change your mind about personal injury attorneys and change your life. Matthew listens to your story and he’ll let you know what can be done to make you whole again. Matt’s firm puts that personal touch into personal injury.”

Matt represents clients that have been injured by negligent and reckless corporations and individuals. Matt combines irrefutable arguments, charisma and client dedication to win his cases and get the best result for his injury clients. As a persuasive and successful trial lawyer, Matt earns the respect of clients and jurors alike.

Matthew began working in the field of Estate Planning immediately out of law school because he knew that this field was going to allow him help people in a way that would positively impact the remainder of their lives. As his practice in Estate Planning grew, so did his love for the area of law and his expertise in the field. He has now assisted countless individuals and families of all financial backgrounds protect their hard-earned assets through estate planning techniques.

After a few years of practice, Matthew discovered his passion for the field of Personal Injury. Matthew realized that practicing Personal Injury combined his passion for helping individuals and for client advocacy. When individuals and corporations will not do what it right, Matthew steps in to protect the rights of individuals who stand to lose everything. He is a zealous advocate for his clients in court and has completed numerous successful jury trials.

Matthew is a graduate from the University of Nevada, Las Vegas and Whittier Law School.

You May Not Know About Matt:

Matt is married and has three kids. His family is everything to him and the motivation for what he does. He volunteers with his kids’ youth groups and is very active in their lives. To keep up with family life and work, Matt wakes up at 4:15 every morning to get a fast start to his day.
He is not afraid of anything including strange and exotic foods. The strangest thing that Matt has tried is an Italian delicacy called “Formaggio Marcia” (which is literally translated into “Rotten Cheese”). This very special cheese is made when a wheel of cheese is left out so that larvae can get into it and eat all of the insides. The larvae then leave behind a smooth and pungent spreadable “cheese” that can then be spread onto bread. Yes, it’s a real thing. Matt tried is once but has not tried it again since. 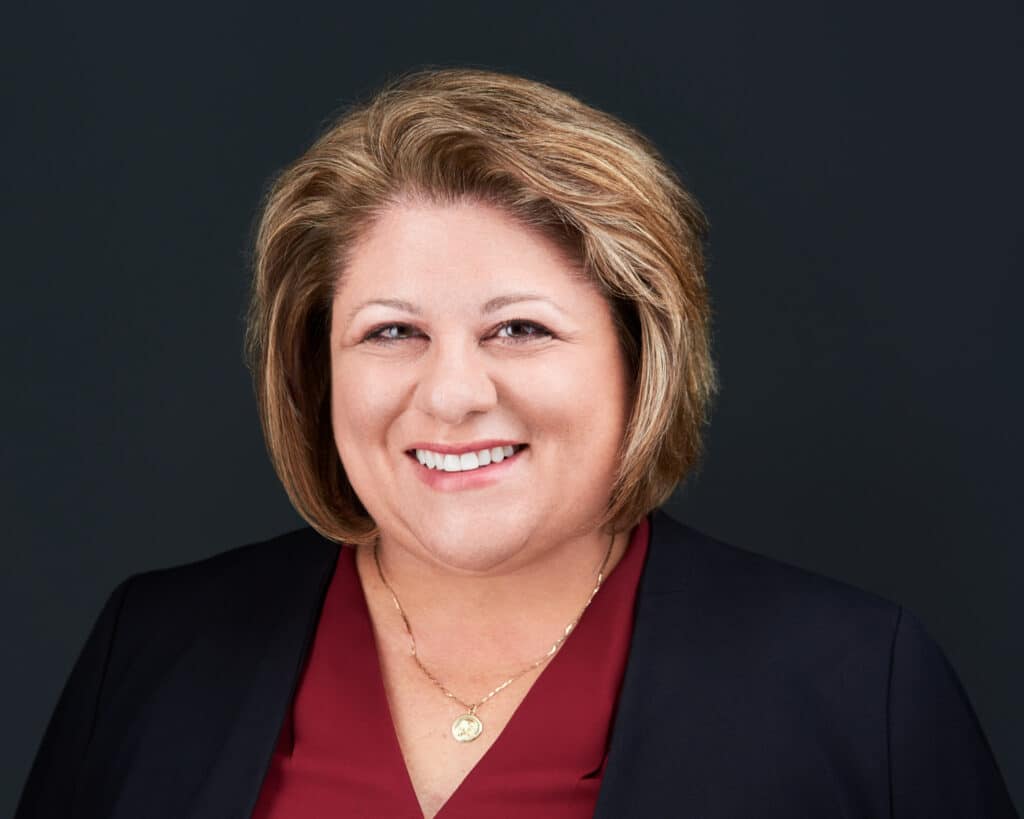 “There must be law, steadily invoked and respected by all nations, for without law, the world promises only such meager justice as the pity of the strong upon the weak.”
DWIGHT D. EISENHOWER, Second Inaugural Address, Jan. 21, 1957

Marjorie has a passion for protecting injured people from a system designed to wear them down. She has guarded the safety of our community against unscrupulous insurance companies, big corporations and reckless individuals for her entire career. Because every safety rule Nevada has to protect people is born on the back of someone who suffered when it was broken, Marjorie empowers her clients to hold wrongdoers accountable. We don’t need more rules, we just need to hold the people who break them accountable so they don’t do it again. Marjorie has earned the respect of clients, judges, and peers alike.

Marjorie is a Certified Personal Injury Specialist with many years of trial experience. Marjorie was among the first thirteen lawyers in Nevada to complete the rigorous process and achieve the certification.

Marjorie’s philosophy, that every case, large or small, is the most important case to that client, has driven her to create a customer service oriented law firm. Your call will always be returned. Your email will always be answered. You will always have access to your lawyer.

In 1998, Marjorie was accepted to the charter class at the William S. Boyd School of Law, where she graduated with honors (2002), and received the CALI Award for Law Practice Management.

Marjorie began working at a very successful personal injury firm in her last year of law school, and discovered her passion for keeping our community safe by holding wrongdoers accountable for dangerous products, dangerous premises, and negligent behaviors that hurt people. Marjorie passed the bar exam on the first attempt and was an aggressive advocate for clients from the very beginning.

Marjorie is licensed to practice law in Nevada and Arizona.  She has taught as an adjunct professor in Hotel Law at UNLV. She is a Martindale-Hubbell AV rated attorney and has been honored by SuperLawyers every year since 2019, and the The National Trial Lawyers: Top 100 Lawyers since 2012.

You May Not Know About Marjorie:

Marjorie is married to a Navy veteran and has one daughter, two sons and a cat. She has tried to instill her love of the law in her family, but so far the cat is the best prospect for becoming an attorney. Her daughter is a third-grade teacher, demonstrating that the real value, helping people, has passed on. Marjorie grew up in the south side suburbs of Chicago with all the benefits and challenges of Midwestern big city life. She moved to Nevada on her own when she turned eighteen, mainly to avoid snow, and fell in love with the community. Even though she grew up in a sports city, Marjorie did not become a sports fanatic until later in life when her sons began playing sports. Now, you will rarely walk into her office and not find a Padres game or a Golden Knights game on TV. Adam has lived in Nevada his entire life. Adam graduated from Bonanza High School before receiving his undergraduate degree in Political Science from the California State Polytechnic University at Pomona. He then attended the University of San Diego School of Law, where he received the American Jurisprudence Award in a class focusing on the United States Supreme Court. Adam has been involved in the successful resolution of numerous personal injury settlements in excess of one hundred million dollars, and jury verdicts in excess of fifty million dollars for over 17 years.

Adam is a member of:

Adam is also proud to be certified as a child advocate by the Children’s Advocacy Program sponsored by the Clark County Legal Services Pro-Bono Project. Family Court Judges have appointed him to represent abused and neglected children.  Adam is licensed to practice in Nevada, New Mexico, Arizona and the Ninth Circuit Court of Appeals. Cara Xidis grew up near Seattle, Washington, and has slowly been making her way to drier and drier climates. While she misses the lush green of the northwest, she loves Las Vegas.
After high school, Cara attended Kansas State University (go Cats!), where she obtained a Bachelor of Arts Degree in English Literature, and a Bachelor of Science Degree in Secondary Education. It was here that she came to love college football. During her last year at KSU, she spent three months abroad, studying the Japanese language in Tokyo, Japan, followed by a semester student teaching at Topeka West High School, in Topeka, Kansas. She then attended law school at Brigham Young University, where she had the opportunity to volunteer with the Rocky Mountain Innocence Project. She moved to Las Vegas after she graduated, and has made it her home.

Cara is a member of the Nevada Bar Association. 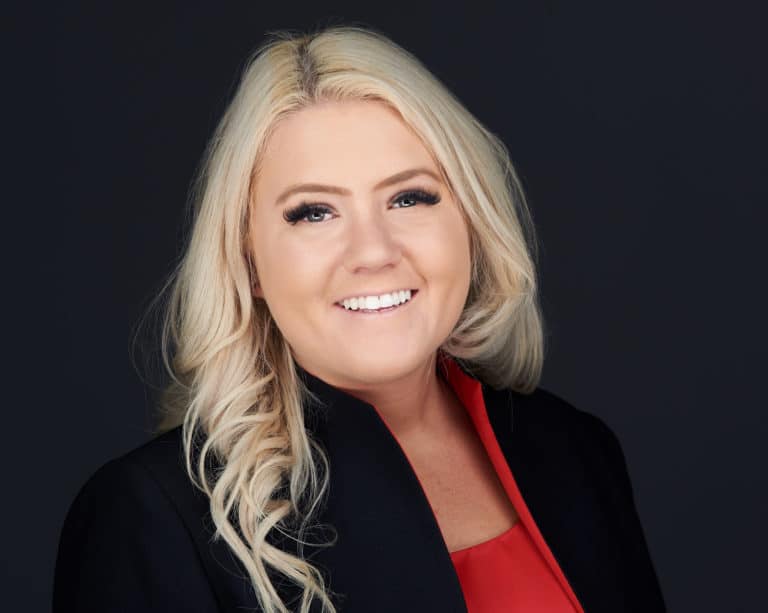 “Cait was such a huge help and supporter throughout my case. Very smart young lady.”

Cait graduated from University of Nevada Las Vegas with a degree in English. Her studies concentrated on American literature­­, such as Revolutionary-era satirists, Antebellum poets, and Modernist novelists. Her focus on literary political criticism prompted an invitation to the Institute for Humane Studies 2017 Colloquium, “Tocqueville in Liberty,” which discussed Alexis de Tocqueville’s classic text analyzing the American political structure in the mid-1800s.

While at the University of Nevada Las Vegas, Cait was admitted into multiple honor societies—including Phi Eta Sigma National Honor Society, Sigma Tau Delta International English Honor Society, and the National Society of Leadership and Success. Her academic achievements were attained while working fulltime as a bartender at the Mandalay Bay Hotel & Casino.

Cait’s experience in with both literary analysis and customer service adequately prepared her for a successful career in the legal field. Cait’s education provides extensive writing practice and a unique way of analyzing legal issues. Her background in restaurant services aids in gaining a rapport with our clients; in her short time at our firm, Cait is already a favorite among clients.

You May Not Know About Cait​

An avid animal lover, Cait volunteers her time as a foster parent for abandoned, pregnant cats and their nursing kittens through the Animal Foundation. She promotes spay and neuter programs and acts as an ambassador to the shelter for cat and kitten adoptions. As a Pescatarian, Cait only eats fish, not red or white meat.
Cait also owns two cats of her own, Stella and Finn, and her Golden Retriever, Alfred (pictured). These three make up her “fur family” and she could not imagine her life without them. Oh yeah, and she is also engaged to the man of her dreams.

Bre’Ahn received her B.A in English from Spelman College and is currently attending the William Boyd School of Law at UNLV. In her free time, she enjoys cooking, reading, and watching movies.

Brittany has been with the firm since 2010. She enjoys spending time with her son and travelling. Her favorite travel destination is Texas, as she enjoys the southern traditions and the great big skies. Both her and her son are Las Vegas natives. Brittany is fluent in the Spanish language and continues to improve on her fluency daily. In the office, she currently holds the title of American Idol Wannabe, as you can almost always find her singing a tune with a big smile on her face.

Christina is originally from Chicago. She moved to the Las Vegas area in 1995. She has a variety of background experience including the casino and construction industry.

Tina is a military baby and has seen much of what the world has to offer. Some of the places she has had the pleasure to reside in include: Missouri, Texas, Virginia, Washington, Florida and of course,Las Vegas. Tina got married in our multipurpose courtroom in 2016. She has two sons and three grandchildren.

Angela was born and raised in Missouri. She moved to Las Vegas in 1990 to attended college at UNLV. She has a nineteen year old daughter and a twelve year old son who she enjoys spending time with regularly. In her leisure time, Angie enjoys camping and many outdoor activities. She also enjoys music, movies and the company of her family and friends.

Yolanda originally started as a receptionist at Vannah Costello Canepa Riedy Rubino & Lattie and worked her way up through the ranks to become Adam’s paralegal at Ganz & Hauf. Her hobbies include watching movies and spending time with family.

Luis has a background in culinary arts and warehouse distribution. He is very passionate about Information Technology, which eventually led him to attain his Computer Science Degree. He is also a Certified Legal Videographer and a Video Deposition Specialist. He received his formal training through the Lit Pro Academy and then his certification through The American Guild of Court Videographers. In his spare time he enjoys recreational activities with his wife and two children. He describes them as his source of strength.