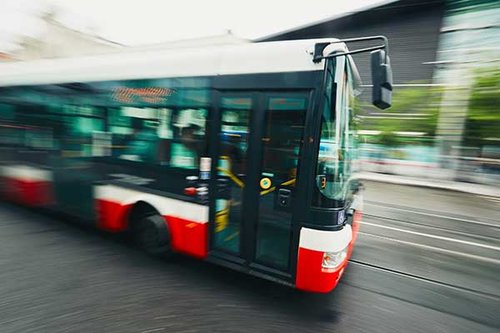 Because of their high carrying capacity and large mass, buses can be particularly dangerous if they are involved in an accident. Especially because many buses do not have seatbelts, airbags, or other safety features that can be found in smaller vehicles.

There are several factors that make buses more dangerous than other vehicles:

Some of these same factors make buses safer in other respects:

Buses fall into a special category of transportation, like trains and airplanes, called common carriers. That means they provide transportation to any paying member of the public. More importantly, it means legally they owe a higher standard of care to their passengers than private carriers. That makes the legal standard easier to meet in a case against a bus company because whereas private drivers are expected to exercise reasonable care when driving, bus drivers are expected to go above and beyond what is reasonable and extend the utmost care to their passengers so they are never put in a position where they have to seek the advice of a bus accident attorney.

BUS ACCIDENT CASES AGAINST THE GOVERNMENT

Many buses are privately run, but others are public, like school buses or public transit like that provided by the Regional Transportation Commission. Because the government enjoys constitutionally protected sovereign immunity, lawsuits against the government require special steps to get over the sovereign immunity. The statute of limitations in these cases (the timeline to file a case) are often shorter, and there are obstacles to overcome before you can file. These are the types of pitfalls an experienced bus accident attorney can help you avoid.

WHAT TO DO IF YOU’RE IN A BUS ACCIDENT

If you’re either a passenger on a bus when it is in an accident, or you are involved with a bus in an accident—whether in another vehicle or a pedestrian or cyclist, follow these simple directions: